Chinese Zodiac Jewelry, Pendants and Necklaces: These pewter pendants depict the Chinese characters for the 12 different signs of the Chinese Zodiac, and they are one of our best-selling gift items! Used for thousands of years, Chinese horoscopes are believed to help individuals better understand their personalities. These necklaces come with a nylon cord, but our optional Silver Chains are very popular, too!

According to legend, the Chinese Lunar Calendar dates back to 2637 B.C.E. One fable has it that the Lord buddha summoned all animals to come to him before he entered Nirvana. Only twelve of the animals came, so he honored them each with a year. According to Chinese myth, the animal ruling the year in which you were born has a profound influence on your life. It is known as being, "The animal that hides in your heart." 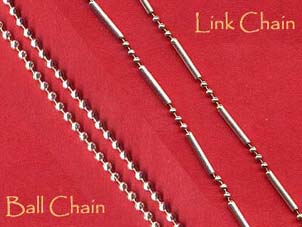 You can also purchase an optional Thai Silver Necklace Chain with this pendant if you would like. Just choose either the Ball Chain or the Link Chain in the drop down menu above (right above the Add To Basket button, where it says "Pick An Optional Chain"). If you don't want a chain, then just leave it as saying Select One.

We think you are going to like these chains as they are made out of genuine Thai silver and really make our pendants / amulets stand out. They add a touch of class to our pieces.

You are Charismatic, Self Confident, Energetic, and a Natural Leader.

You are Patient, Intuitive, Charming, Perceptive, Passionate, and Intelligent.

You are Honest, Skillful, Friendly, Enthusiastic, Freedom Loving, and the Life of the Party.

You are Quick, Lively, Complex, Amusing, Charming and Successful.

You are Efficient, Organized, Sharpminded, Trustworthy, and Hardworking.